Jennifer dove into technology and communications in 2009.  Prior to that, she spent six years practicing law and litigating cases with an employment law firm in Santa Barbara, California.  Jennifer transplanted her life from the West Coast to New York City in early 2010, bringing the experience she gained as a lawyer advocating for both employees and employers, to run Wireframe Solutions.

Adam’s interest in computers and technology began when he was still in elementary school, tinkering with his Commodore 64. After obtaining degrees in both graphic design and computer design, Adam spent more than 16 years working for a private arts college in Manhattan, including ten years as Chief Information Officer, overseeing every aspect of the school’s technology and managing more than 50 individuals. Adam brings his many years of experience to Wireframe Solutions and is the anchor of our company’s technology. 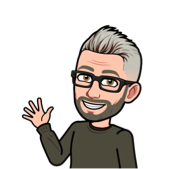 Joe started his career in the telecommunications industry as an installer of first residential and then business communications systems. Beginning with a position in sales, he grew into the project manager before heading the operations of the Wireframe, including oversight of our technicians and all operations-related duties.

Joe is proud to be a United States Navy veteran and is responsible for ensuring that Wireframe is an active supporter of our troops by working to coordinate work schedules with military duty. 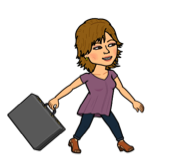 Meredith brings 20 years of security and life-safety industry knowledge to the Wireframe team and is focused on enhancing the client experience.  A passionate problem-solver and creative solution developer, Meredith understands the importance of how best to secure her clients’ assets and mitigate their potential risk.

Our team of qualified technicians, graduates of Lincoln Technical Institute, was hand-picked for their specific strengths.  Technicians are individually screened and each brings their knowledge and expertise to the company.  They are the foundation of Wireframe Solutions’ high-caliber team and embody the company’s primary aim in providing unparalleled work product.

Chris graduated from Lincoln Technical Institute in February 2015 and started with Wireframe the same month. He is a very skilled problem solver who loves building computers, spending time with his two young sons, and speaks Guyanese. Chris enjoys fishing, especially at the Seven Lakes in New York, and his father cooks what they catch for the family.

Gino graduated from Lincoln Technical Institute in the summer of 2015 and came to Wireframe about a month or so later. Gino enjoys spending time being a great dad to his son, watching action movies, and speaks Spanish.

Dante graduated from Lincoln Technical Institute in September 2015 and came to Wireframe in July 2016. In his free time, Dante enjoys coaching wrestling, track, and football at his cousin’s high school, East Side High School, in Newark, NJ. Dante is the only member of the Wireframe team who has a twin!

Sebastian graduated from Lincoln Technical Institute in August of 2016 and came to Wireframe the same month. Sebastian has been in the New York Army National Guard since 2009, where he participates in training 3 to 4 days per month. Sebastian enjoys working with people and problem solving. He was awarded the Medal for Humane Services and was recommended by the Governor’s office.

Jeremy came to Wireframe in July of 2016 and graduated from Lincoln Technical Institute the following month. He enjoys hiking and playing sports including baseball, football, and basketball. Jeremy also coaches his sister’s softball team.